Summer is upon us, so it is high time tat we have indulged in some of the best ice cream parlours in London. There might not have a beach in Manchester but that does not mean we don’t know how to make the fun in the sun. And as we are keeping everything crossed for some serious hot weather this summer, so we have decided to make a list of our favourite ice cream parlours in Greater Manchester. If you have a favourite ice cream parlor; but it’s not on the list, then feel free to mention it in the comments and we may appreciate your thinking.

It has started as an ice cream van for grown up adults; while it has now spied after dark at food festivals and other events as they also have a permanent home in Affleck’s Palace. The most popular flavours may include ‘Chorlton Crack’ aka salted caramel and peanut butter and a plum, gin and juniper flavour.

Made in Saddleworth from the locally produced full-cream milk and thick double cream, there will be plentiful people who will find themselves in indulging some of this ice cream on day trips to Diggle this summer. They have an exclusive list of flavours including Lemon Meringue, Rhubarb Crumble and Pistachio and Vanilla. Sold from their canal-side cabin in Diggle, plus restaurants in the Saddleworth area, the hand made ice cream has been made in the area from the year of 1920s. 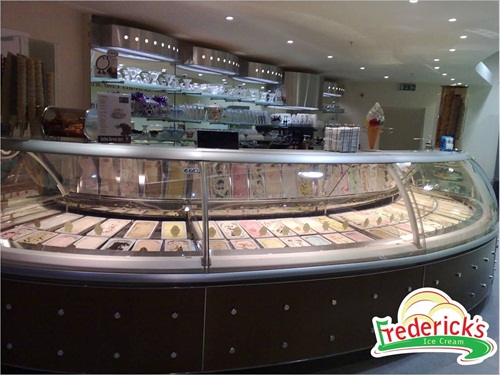 Most people of London may know that this ice cream from the Chill Factore but now it has also been a well established part of Mesnes Park in Wigan for years. They have even an obvious choice of around 30 ice cream flavours at each one with a wide range of sundaes. And if you are feeling like a greedy individual or fancy something to share, both sell a mammoth sundae with the ten scoops of ice cream.

This is one of the Chorlton favourites; as it is opened until 11pm (11:30pm at the weekends) and the most important fact is that it is popular among lots of adults, and is often busy right up until closing.

With delicious flavours including marmalade, humbug and tiramisu there are plentiful reasons to venture out to Edgeworth in Bolton for a scoop of the home made ice cream.
Well-known locally for their special family recipe, they have been making their ice cream in the same premises since the 1930s.