With weekend two and another set of most popular street food vendors, which have moved into Manchester International Festival’s hub located at Albert Square having some delicious international flavours being cooked up by the most popular local chefs.

Mancunian culinary talent has dominated the exclusive food line up based at the Festival Square on this weekend as Chorlton’s Hungry Gecko and Altrincham’s Mumma Schnitzel will join the full-time food time.

Mumma Schnitzel and Hungry Gecko’s uniquely designed vintage vans will be parked up at the square selling fried chicken schnitzel burgers as well as the Indian burritos.

It’s obvious that, they will join the Altrincham market favourites Honest Crust and Chorlton ice cream parlour Ginger’s Comfort Emporium, who are even the local resident on Albert Square with Heathcote & Co until July 19 2015.

There’s even an ultra modern gin speciality behind the bar, i.e. the Bulldog and tonic with cinnamon and star anise with the new artists at the acoustic stage. Here, we have discussed a little round up of what the new stalls will do and the prices you’ll have to pay. 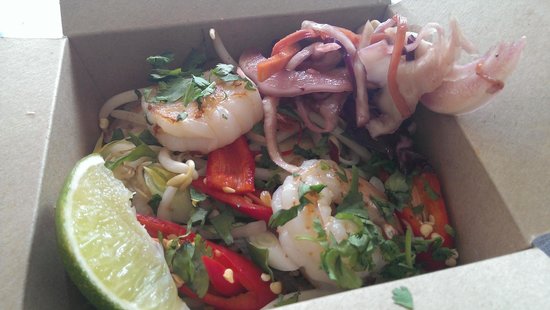 Jackie Kearney will be going to bring her Chorlton eatery, The Hungry Gecko to this amazing venue, and it can offer you the specialist menu of Asian street food and regional dishes, like Maylaysian Rendang, Pad Thai, Tom Yum, Masala Dosa, Vietnamese Crispy Rolls, Indian Pakoras and Some Tum.

PRICES: You will have to pay £5 for the veggie Bombay Frankie (which is a wrap filled with spicy paneer and veg) or the beefy Sloppy Joe Rendang. However, the baked spring roll snacks are available at £2.50 each or two for £4.50.

Well, the food obsessed couple Matthew Walsh and Hollie Scrancher have travelled the world together but it was a chicken sandwich in Thailand which have made them set up their street food concept. Regulars at Altrincham market, Mumma Schnitzel’s speciality will be the twice fried asian inspired burger, such as Spiced chicken thigh twice fried in corn starch, house pickled fennel & cucumber, wasabi yoghurt, sriracha, shredded spring onion, crispy shallots.