Castlefield is undoubtedly an excellent place to start your tour of Manchester. Beautifully restored Victorian houses, the majestic renovated Roman Fort, the Bridgewater Canal and a plethora of cafes and restaurants, a lazy walk down the street or along the charming canal will create some inerasable memory. An inner city, also known as conservation area, Castlefield is located in North West England and is often designated an “Urban Heritage Park”. There are a lot of places to spend a leisure Manchester holiday. Amongst Castlefield’s top attractions are the Bridgewater Hall and the Castlefield Art Gallery.

Head north of Manchester Cathedral only to find Chetham’s Hospital School dating back to 1422. This is a must visit attraction for all music lovers visiting Manchester. Once a residence to priests, it also serves as one of the oldest public libraries in the country, boasting over one hundred and thousand books, half of them were printed as early as 1850. Chetham’s Hospital School and Library was also the tryst point of Friedrich Engels and Karl Marx during the latter’s visit to the city. Another Manchester attraction is the People’s History Museum. It is an ideal spot for history buffs who want to know more about the lives of the working class people in Britain. It the national center for study materials, collections, interpretations and conservations. If you have time, take a walk to the nearest museums, such as the Museum of Transport and the Manchester Jewish Museum and see what they preserve. Fascinated by English lifestyle and fashion? Visit Platt Hall – the museum was built in 1764. This Georgian house has collections of costume dating back to the sixteenth century. You will be charmed to see its magnificent collection of everyday dress. 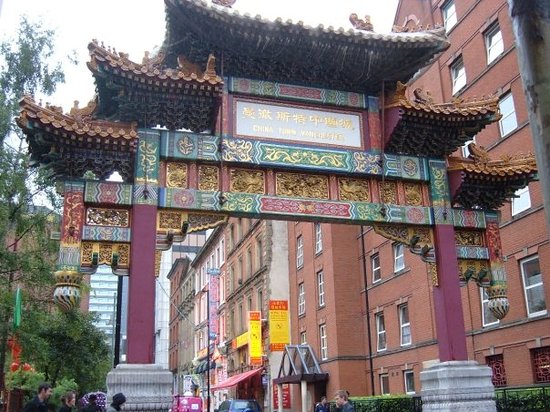 Chinatown is a prominent Chinese community in the United Kingdom. If you are close to the Manchester Art Gallery, don’t mind walking a few steps to reach Chinatown. It houses amazing range of restaurants and shops with Chinese touch. At Contemporary Chinese Art, you can Chinese handicrafts.

It is one of the major Manchester attractions. The park is the largest in Greater Manchester occupying six hundred acres. Constructed in 1772, Heaton Park is now a desolate sight now, close to the public. Some parts of the parks have been restored while retaining its original vistas and charm.