Nightlife in Manchester has always been the most talked about thing. After all, city has a lot to offer. It is the strong reputation for late night partying which has brought many people to the city centre. No matter, whether you want to visit the place for a few rounds of choicest beverages or an extended weekend, there is something for everyone. Partying late night in Manchester City is a common scenario. Late night bars have always been the most preferred address of those who are looking for some fun in the city. However, it is strongly suggested that you choose the credible bar. For your ease, we bring to you some of the most renowned late night bars in Manchester. Part of the 235 Casino is the Vega Bar, and is one of the successes within rather scant Great Northern Warehouse. It is open till 6am. Guests visit the place for gambling. Hence, it goes without saying that it does not offer the trendiest of the atmosphere. The entire setting is Vegas inspired and you can enjoy drinks as well as made-to-order food. Situated right off Deansgate, there is no dress code irrespective of the glamorous theme. 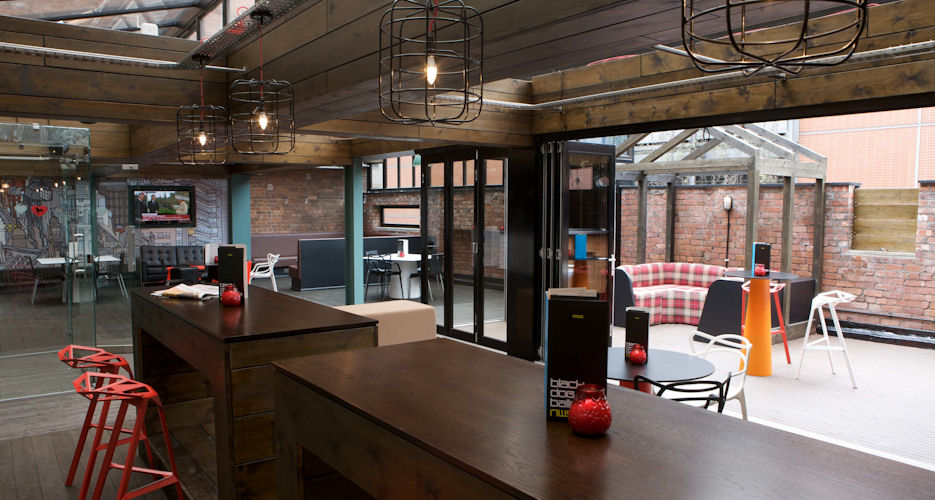 Black Dog Ballroom, opened in the year 2010, is the ‘underground speakeasy.’ It is considered as a sea of change in the late night drinking culture, taking everything in a more commercial yet classy direction. It is also one of the most popular nightspot venues with DJs playing funky music.

Probably, it is the only bard in Manchester City where you can get an exotic portfolio of Whisky. Whiskey Jar welcomes people with a great taste of booze along with Tennessee inspired atmosphere.

If you want to enjoy nightlife in Manchester then do visit above slated bars in the city.